Listing with Facebook Marketplace: How the New Feature Can Work for Multifamily Housing 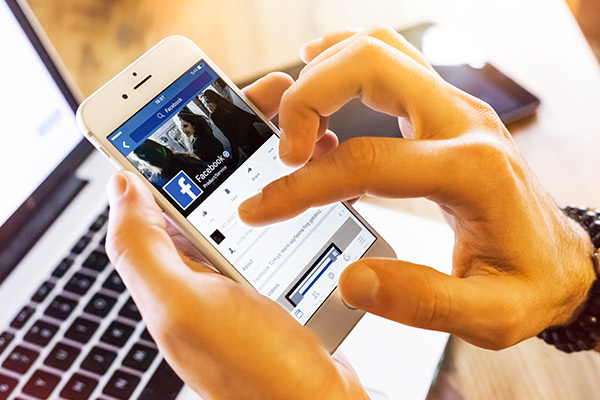 Facebook has long been a valuable tool for the multifamily housing industry. The site’s ability to broaden a business’s online presence and connect them with current and potential renters is essential for success in the Digital Age. But when it comes to advertising rental listings, multifamily housing has had a hard time developing a sure-fire strategy for Facebook’s marketing platform. The social media site was not designed to serve users looking for a specific, one-time service such as an apartment for rent, but with the introduction of apartment and home rental listings to Facebook’s Marketplace feature, the site has developed a potentially powerful tool that could change the multifamily marketing game in a big way.

In November of 2017, Facebook announced that it would significantly expand its e-commerce platform with the addition of rental properties in the Facebook Marketplace. This coincided with Facebook’s new partnership with Apartment List and Zumper, which allows Facebook users to view listings from the two online databases in their Facebook Marketplace search results, in addition to the listings posted manually by individual users on the Facebook platform. This puts Facebook in an ideal position to become the leading search engine for online rental housing, challenging Google’s reign as the most effective marketing tool for multifamily housing.

According to Facebook, the feature will be “rolling out gradually,” so it’s too soon to tell how this new tool will affect the real estate world. But if Facebook’s previous history is any indication of the rollout’s future successes, adding listings to Facebook’s Marketplace is a safe bet for bolstering your rental property’s social media marketing strategy. As long as you maintain an optimized social media presence, your Marketplace listings could serve as the most worthwhile time investment for marketing your community.

Facebook’s addition of housing and rental listings to its Marketplace— as well as the new features for car shoppers that were announced last month— are driven by the willingness of users to utilize Facebook as a shopping tool. When Facebook launched the original Marketplace feature in 2016, it quickly overtook Craigslist as the go-to online classified ad platform. The site is no longer just a place to share, like, and comment on common interests—Facebook has stated that the search volume for their Marketplace tab has grown by 300 percent in the last year alone.

This new listing feature allows rental properties to have more marketing power than ever before. Up until now, Facebook’s advertising has been geared towards interest-based marketing. The site’s algorithm took note of a user’s engagements with shared content to develop advertising campaigns based on the user’s interests. Unfortunately for the multifamily housing industry, identifying potential leads based on their users’ interests in topics such as movies or sports teams is next to impossible. To effectively reach potential renters, ads need to target users who are seeking rental housing and engage with them at the beginning of their apartment search.

This is precisely why the multifamily industry has generally relied on Google for its online marketing. Google’s intent-based advertising tools such as Google Adwords help properties reach their target audience as they search for listings. For potential renters, Google is heavily favored over online directories since it offers a wider range of data and more precise search results. With an expansive database and a well-established, active community backing it up, Facebook Marketplace has widespread appeal that rivals Google with the potential to even overshadow it.

In fact, Facebook’s most attractive benefit for advertisers is its vibrant community. Not only does the site draw a vast number of users, but two billion people use Facebook at least once a month and 66 percent of them are daily users. Yes, that’s right—Facebook’s network of users is one of the largest and most active audiences on the Internet. With 207 million users in the U.S. alone, the social media site is a dominating force in the modern online experience. This new expansion of Facebook’s Marketplace community gives rental properties the best of both worlds: the ability to extend their reach within a growing network along with the tools they need to pinpoint their target audience.

For renters, the main leverage that Facebook’s search has over Google is its ability to establish trust. Every Marketplace listing provides a potential resident, who views your listing, with a direct link to your property’s Facebook brand page. Since users can voice their opinion and interact directly with a business’ Facebook page, users trust that your account is an accurate portrayal of your rental property. Today’s renters—especially Gen-Z and Millennials, the most powerful demographics in the modern rental market—expect your business to be engaged and responsive on social media, so it’s crucial to maintain an optimized, up-to-date Facebook page and keep your social networks buzzing. As long as you have cultivated a strong, engaged Facebook presence, a Facebook Marketplace listing can be a highly effective digital marketing tactic.

The long-term impact of rental listings in the Facebook Marketplace will not be clear until the feature is fully rolled out, but the future seems promising for the social media site’s newfound position in the e-commerce market. Facebook recently enabled paid advertisements for used cars in its Marketplace, so it’s safe to assume that it is only a matter of time before similar advertising services are allowed in the Facebook Marketplace Rentals section as well.

There are not many companies in the world that can disrupt a powerhouse like Google, but Facebook could be the exception. With this newly enhanced Marketplace feature, your Facebook marketing strategy could become the most effective tool in leasing your property.