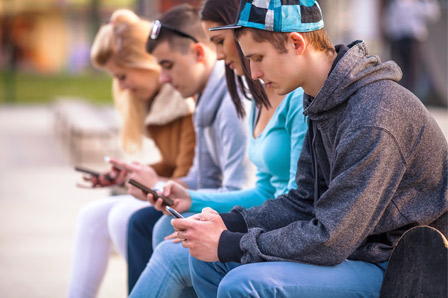 Maybe you have heard of it and maybe you haven’t, but Facebook’s Audience Optimization is a tool that all property managers need to become familiar with to grow their online audience, increase engagement, and gain new leads.

What is the Audience Optimization tool? Facebook’s blog describes it as “an organic targeting [method] to help publishers reach and engage their audiences on Facebook” in order to “better understand the interests of people clicking on their posts.” Audience Optimization allows you to increase your post’s relevancy through audience specification. In other words, you indicate “who is most likely to engage” with your post so you can “increase engagement at both the post and Page level.”

But what does increasing engagement mean exactly? If you weren’t aware, Facebook’s News Feed, or “wall”, operates through complex algorithms. The Facebook News Feed was introduced in 2006, two years after the official launch of the website.  In 2009, Facebook introduced “filters” so users could ultimately control what they saw in their News Feed. Since then, Facebook has made significant changes to how their algorithms function; for example, just last year, the Facebook News Feed began prioritizing friends’ posts over Pages and their promotional posts.

Facebook algorithms continue to change and progress, but the point remains that these algorithms have been a significant part of Facebook’s functionality since its beginning. In fact, Facebook implemented their algorithms so users would not be overwhelmed by an avalanche of posts and could view the content they preferred.

Even though Facebook intended to provide a better user experience by implementing algorithms, they have a difficult history. Simply put, publishers on Facebook have struggled to organically reach their target audience with these algorithms in place. This became apparent with one of Facebook’s most recent developments in 2015, which we previously mentioned, that prioritizes friend posts over Page posts. In an attempt to right these wrongs, Facebook released its Audience Optimization tool.

The Facebook Audience Optimization tool gives publishers the ability to customize their post’s preferences by targeting a desired audience based on a user’s demographics, interests, and geographic location.

You also have control over who should/should not be seeing your posts with descriptive tags. With descriptive tags, you essentially handpick the type of users who would be most likely to engage with your Page’s posts. If you post information about a brand new renovation your apartment community is undergoing, you can utilize tags such as “modern apartment homes” or “newly renovated interiors.” The amount of tags you can use are unlimited.

Audience restriction is another facet of this tool. For example, if your property is located in Houston, Texas, and you only want to target your fans from that specific area, you can restrict who views your post in their News Feed by location as well as by age, gender, and language.

But how do you determine what audience your content is geared toward? The Audience Optimization tool will provide you with the metrics of those who engage with your posts and how they are responding to the tags you’ve used. From there, you can determine how a post performs over time based on its reach, click rate, likes, and shares.

By considering the information you gather on your audience’s interests, you will know what content to post in the future to promote even more engagement.

On social media, it is all about engagement. Through a number of tests, Facebook determined that Audience Optimization does not increase the organic reach of your posts; however, it does increase engagement. Without this tool, Facebook would display whatever content you posted to a random five percent of your followers, and there is a good chance your post would reach those not specifically interested in the topic.

And, of course, the goal of marketing your apartment community online is to encourage engagement and convert prospects into residents. If a larger percentage of your audience interacts with your posts, either through comments or Facebook’s brand new reactions feature, your posts will regularly begin to appear in their News Feeds, which boosts the possibility of your content being seen and shared. The end result: increased visibility of your apartment community and an improvement of lead flow.