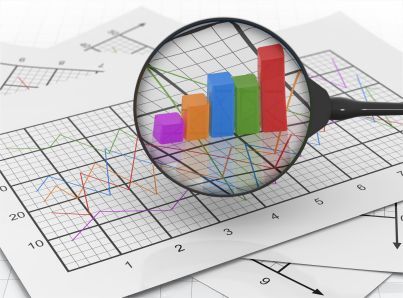 In the recent recession household formation plummeted.  And although it’s bouncing back, it’s interesting how and where population increases are showing up.  The rise includes more than just the urban core.

As the unemployment rate decreases this time around we are seeing more single-person households at the upper income levels of multifamily rentals- demand remains for two-bedrooms with a shortage of SRO (single-resident occupancy units),  studio’s and one -bedrooms.

This is due, in part, to increases in average age; older persons, unmarried, are not interested in roommates if they can sustain their lifestyle as a single.

There are two predominant urban household growth locales; urban core and urban hubs in major MSA’s (Metropolitan Statistical Areas).  The following three cities have had more than 20,000 new residents in  the last two years move into the urban core as represented by moving within two miles of city hall.  They are:

Sidebar: the U.S. remains a migration magnet thus slowing the increase in “average age as most immigrants are younger. China and India are unassisted similarly.  So even though  the average age is increasing, it is doing so at a slower rate because of immigration.

But where are these single person households congregating?  In urban environments.  You often hear about 24-hour cities, but the new “new” are the burgeoning 18-hour cities where traffic begins at 6 a.m. and things drop off around midnight.  These cities have  multiple urban hubs that collectively make for a  large urban footprint, but with spacing, meaning, they require measurable commute times between urban hubs.

From a story in USA Today:

“Robert Lang, a University of Nevada-Las Vegas demographics researcher, said the doughnut model may not be the best one to describe what happens in most cities. Even the suburbs change at different rates, he said.”

These urban hubs are the collection points for household formation because they are the job centers.  Yet, suburbia surrounds these locales.  Anymore, you cannot presume single person household growth in just large urban centers.  It’s “everywhere”.

While these three cities fall outside of the top twenty by size or as economic juggernauts they are, all the same, major regional population and economic centers of influence within their respective states.

There are two consistently overlooked areas in market demographics research in multifamily; one is knowing what we have, the second is knowing the direction of change.

It’s easy to get caught up in “top ten” list, but going deeper reminds us that the fabric of our larger community is truly coast-to-coast made of up urban areas large and small that all connect under our democratic form of government.  Yet each is unique.  Most are growing, but not all.  Being able to tell the difference “before” investing is where demographics makes all the difference.

About This Blog: Multifamily Insight is dedicated to assisting current and future multifamily property owners, operators and investors in executing specific tasks that allow multifamily assets to operate at their highest level of efficiency. We discuss real world issues in multifamily property management and acquisitions. This blog is intended to be informational only and does not provide legal, financial or accounting advice. See www.multifamilyinsight.net