Banking, Energy and Real Estate (Circa 2050) 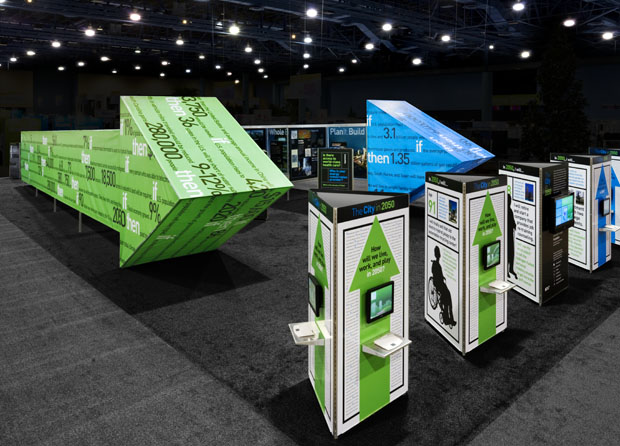 It's now the year 2050. History has a habit of repeating.  People have short memories and all of our institutional knowledge does not transfer from one generation to the next.  This is where the saying comes from that "those who are unaware of history are bound to repeat it".

Based on a recent downturn in the world economy some of the largest banks in the world are reducing capital availability even to their best customers. As we know from history and the "great recession" of 2008, when credit availability is reduced abruptly there can be a ripple effect throughout whole economies.

With only five "super banks" remaining the herd is small yet the herd mentality remains. With the collapse of Exxon, based on break-through fission technology rendering oil as practically useless, trillions of dollars in loans secured by oil related infrastructure is in jeopardy.  Nations that rely on oil for the vast majority of Gross Domestic Product are cashing out of long-term investments to balance trade deficits. What is Nuclear Fission Technology?

Nuclear fission energy is a competitive and mature low-carbon technology, operating to high levels of safety within the EU. Most of the current designs are Light Water Reactors (LWR), capable of providing base-load electricity often with availability factors of over 90%.

Nuclear fission is a process in nuclear physics in which the nucleus of an atom splits into two or more smaller nuclei as fission products, and usually some by-product particles.

Earlier this century a  move that seemed purely political is now prophetic.  The Chancellor of Germany in 2013 announced  all gold held by German banks and her government to domicile the metal in their country.  With the oil infrastructure now worthless and gold nearing $10,000 an ounce the two super banks based in Germany are the strongest of the lot.

In times such as these hard assets have the greatest staying power: real estate, gold, quality collectables. While inflation deteriorates the value of cash, hard assets have a better chance of keeping pace with inflation thereby maintaining their inflation-adjusted value.

Real estate assets are best held with little or no leverage to reduce exposure to high interest rates.  But there  is still risk.  Thirty year mortgages written in 2025 with interest rate caps of 30% (seemingly impossible at the time) are now approaching those rates.  Credit balances that were written at 12% are approaching 50% as banks determine how to weather  the storm.

This post is intended to make you think past present day realities and plan beyond next quarter or next year. Things change.  Sometimes abruptly.  Some scientist believe fission energy will replace carbon based fuels in as little as fifty years.  Concurrently, based on the nuclear accident in Japan, Germany shut down it's nuclear power plants.

In the futuristic movie "I Robot"  the character played by Will Smith buys a round of beers for two: the bill comes to $48.00.  Is that fiction?  Let's hope.   But if not then remember that hard assets such as real estate usually keep pace with inflation over time. Land and  buildings in densely populated urban areas will retain value.  Farm land will retain value.

In this scenario the future costs of gasoline will  be $20 a  gallon or zero.  Care to guess which one? Either way, consider owning real estate as part of your investment portfolio.  Quality real estate.

About This Blog
Multifamily Insight is dedicated to assisting current and future multifamily property owners, operators and investors in executing specific tasks that allow multifamily assets to operate at their highest level of efficiency. We discuss real world issues in multifamily property management and acquisitions. This blog is intended to be informational only and does not provide legal, financial or accounting advice. Seek professional counsel. www.MultifamilyInsight.com