The Death of Oil (Again) and Housing Choice 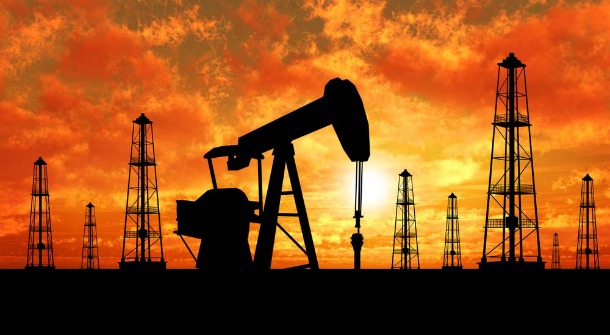 What does oil have to do with multifamily? It (oil) affects housing choice. People, particularly renters, will relocate closer to job centers as the costs of commuting rises. The cost of oil also impacts rents and rent growth.  As the price of oil rises and people move closer to job centers the multifamily stock near job centers rises based on increased demand while apartments further away from job centers must reduce rents in an attempt to remain competitive.

We humans are creatures of habit and we prefer stability; we want to know that the price of something yesterday will remain the same tomorrow. Upset our apple cart on this and we get uneasy.  The higher the spike in a product the more uneasy we get. And nothing makes us more uncomfortable than HUGE swings in oil prices.

In the summer of 2007 prices at the pump jumped almost 25%. With that increase you could almost hear the sucking sound of people up and moving from outer suburbs to closer in suburbs and from closer in suburbs into the city (you pick the city, it was the same all over). We are in fact addicted. Any manufacturer of any product with this kind of pricing power is presuming longevity for their product.

Add to this the constant barrage from all sources of "information" about how much worse off we are when oil spikes.  Then, the pattern repeats from one subject to the next usually returning to oil.  It makes for the commodity being "top of mind" whether we want to hear about it or not.

Today, the United States can see the potential of oil independence within a generation.  New finds and new technology have produced a high probability that America could become a net exporter of oil by 2025.  That is not very far into the future.

The history of having usable oil is less than 150 years old. It's dirty, environmentally unsound, expensive, necessary and a world changer... that's why we tolerate it.  Anyone want to go back to growing food one acre at a time? Probably not.

Oil creates jobs, moves product of every kind and has made our lives exponentially richer. If you want an easy comparison, consider where you live as compared to countries that cannot afford oil; those are the countries we refer to as "third world".

The death of big oil is predicted by mavens on a regular and consistent basis. Alternative fuels have been around since the beginning of oil. Consider gasoline was originally an unusable bi-product of kerosene production. In other words, it was originally an "alternative" fuel itself. Since, we have attempted to produce alternatives to oil that are; renewable, environmentally friendly and costs effective. To name a few, we've tried corn, manure, agave plants, barley, wind and sun.

Natural gas is a product where the United States has world-renowned reserves. As delivery systems expand it will begin to rival oil as a source of energy for transportation.  This expansion will allow people, once again, to move to places considered remote from big cities... assuming people are willing to tolerate the commute times. The incentive to tolerate the commute is affordable housing prices that allow families to become home owners.

Windmills have been around for hundreds of years.  In the last fifty years they have been producing electricity. As wind technology has development and electric infrastructure increased wind energy is finding its footing.
Aside from high-profile gaffes related to government subsidies, solar power is making great strides as a provider of clean energy.

Fun in the Sun

In 2013 the experimental plane, "Solar Impulse" flew from Madrid, Spain to Morocco (in North Africa) without fuel tanks.  The flight was 448 nautical miles and required no oil. This maiden flight is further evidence that solar power has great potential as an alternative to oil.

The technology cycle continues to get shorter and shorter. Standard Oil was a monopoly for generations. The Microsoft monopoly was less than one generation.  Today, the production cycle and functional market usefulness of a smart phone can be measured in months.

While we will have oil with us for the foreseeable future techno-creep is gaining a foothold even here.  Major auto manufacturers have had no choice but to produce electric cars and your local gas station may be using a solar panel to power up their credit card transmissions. This is occurring while modern urban planning groups continue to create "walkable cities".

When we begin to see electric power stations at hotels, office buildings, then newly built multifamily apartment properties this transition will gain in visibility. Housing location choice will change with it.

About This Blog
Multifamily Insight is dedicated to assisting current and future multifamily property owners, operators and investors in executing specific tasks that allow multifamily assets to operate at their highest level of efficiency. We discuss real world issues in multifamily property management and acquisitions. This blog is intended to be informational only and does not provide legal, financial or accounting advice. Seek professional counsel. www.MultifamilyInsight.com