Living in a 2% GDP World 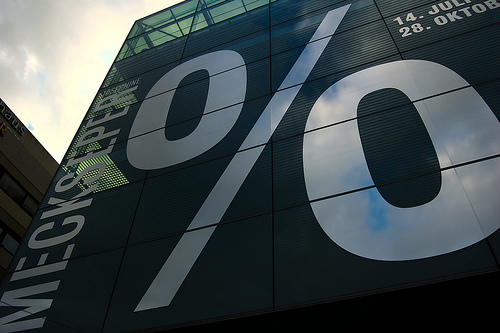 I have a friend that is an investment advisor. He rails often against the extended amount of time, energy and effort placed before us via the media as to whether or not the quarterly Gross Domestic Product (GDP) of the United states will come in at a 1.9% annual rate versus 2.1%. His patent response is “few real people are making investment decisions based on that differential”.

Gross Domestic Product is... the total market value of all final goods and services produced in a country in a given year, equal to the total consumer, investment and government spending plus the value of exports minus the value of imports (www.InvestorsWords.com)

Large components of the economy can swing GDP a few tenths or more in a given year.  Housing, auto manufacturing, airline and  defense are four such components.

Housing.  Housing is but one part of GDP that has failed live up to its historic response in this anemic economic recovery. Housing is relied on to add jobs during recovery. This time the laws of supply and demand have taken precedence. Although supply is under-whelming, demand is diminished hampered by a stubborn unemployment rate, consumer re-balancing of their personal balance sheets and a narrowing of the credit window. Commonly used credit quality scores for mortgage qualifications are a historic footnote in today’s mortgage marketplace.
We are four years from the beginning of this recession.  We have experienced a "mild recovery" in recent quarters.  Housing is only now participating in this recovery.  Some. As economist create their projections and forecast, housing numbers remain a drag on GDP.

Auto Manufacturing.  The auto industry has shrunk to a shadow of itself as compared to pre-recessionary times. The industry once produced almost fifteen million units per year.  Now that number is closer to twelve million.  But these lower levels are more profitable based on industry restructuring and a change in product outputs to more fuel efficient models (reflecting higher fuel prices).

The "ace-in-the-hole" for auto manufacturer's is that they can offer their own in house financing.  This gives dealerships a tool allowing auto sellers to pull demand forward, or more succinctly, create demand.  With the average age of auto stock in the U.S. being almost eleven years, people want new product. Obtaining this new product is occurring based on dealer financing.

Airline Manufacturing. The airline industry is hugely capital intensive. The sale of commercial jetliners around the world can represent a few tenths of a percent in U.S. GDP every quarter.  Airline seat capacity has decreased in recent years as older less fuel efficient planes are taken out of service.  Less capacity also allows airlines to take price.  Recently, Boeing has released a new airliner that offers significant fuel savings.  This as the airline executives groan at the duel mandate of reducing fuel usage and controlling capital expenditures.  The bait (fuel savings) is just too good to pass up not to look at buying a younger, more fuel efficient fleet.

Defense Spending.  I do not pretend to understand the defense industry other than to comment that it has a significant effect on GDP.  One fact we have is that the U.S. was engaged in two wars and is no longer.  Does this fact reduce defense spending? I pray we do not require the outbreak of war to justify defense spending increases.

These components of GDP have acted out of character on the back side of this recession.  In the near term, while we all hope for three percent GDP to spur job growth it looks like another 2% year.  Or maybe 1.9%.

About This Blog
Multifamily Insight is dedicated to assisting current and future multifamily property owners, operators and investors in executing specific tasks that allow multifamily assets to operate at their highest level of efficiency. We discuss real world issues in multifamily property management and acquisitions. This blog is intended to be informational only and does not provide legal, financial or accounting advice. Seek professional counsel.  For more information, visit: www.MultifamilyInsight.com