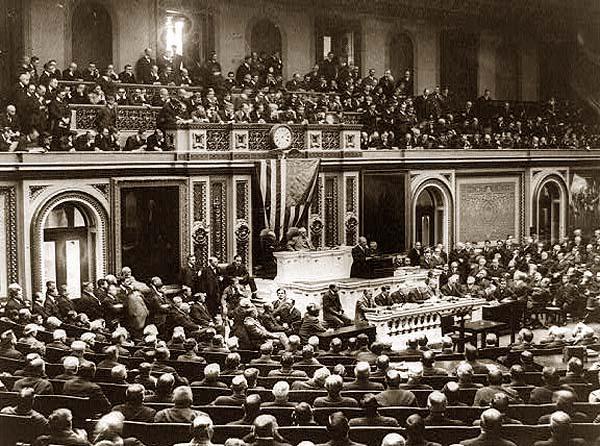 When the Super Committee begins deliberations the world will know as markets around the world will act and react to the daily drivel that leaks from the hallowed halls of Congress.  We now live in a world where ten second sound bites have relevance.  What was once the 24-hour news cycle has become a source for streaming information flow.   There may be only twelve people on the committee, but there are six billion people in the room.

I am trying to be optimistic which is difficult considering the summer brawl in Washington DC over the Federal Budget.  Creation of  this committee was an act of literally kicking the can into the next congressional session.  It is difficult to fathom  the U.S. and world economy held in the hands of twelve people selected on a bi-partisan basis.

Is this myth or reality?  Does this Super Committee really hold this much power?

Although a myth, many people remain convinced the U.S. Congress once held a vote on whether the official language of the country should be English or German with English winning by only one vote.  While completely untrue the myth continues to this day (read “German as the Official Language of the United States of America?” by Karl J. R. Arndt).

It is also a myth that this one committee holds the world's economic future in it's hands.  It is true, however, that no one benefits from prolonged, protracted negotiations.  The trigger, certain automatic cuts that occur without action by the committee, is intended to spur action.  What does this have to do with multifamily?

Prolonged debate has it's place; in times of war for example, when lives are at stake.  This committee is about the business of running the country.  And this business they must address without delay.

About This Blog
Multifamily Insight is dedicated to assisting current and future multifamily property owners, operators and investors in executing specific tasks that allow multifamily assets to operate at their highest level of efficiency. We discuss real world issues in multifamily property management and acquisitions. This blog is intended to be informational only and does not provide legal, financial or accounting advice. Seek professional counsel.  For more information, visit: www.MultifamilyInsight.com