Housing and Being Brown in America 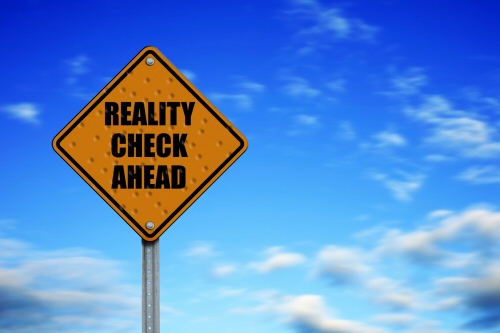 What does being brown in America have to do with housing?  Frankly, not as much as it used to, thankfully.  At least from an access perspective.

As background, in the last two generations we have enacted laws that attempt to assure all people are treated equally with respect to access to housing.  These laws became a necessity because of  people being denied housing simply based on the color of their skin- not because of their credit rating or job status.  These were never checked as the barriers were so high (and arbitrary) that obtaining an application for rent was out was of the question.

Seldom does a person purchase a product after a single exposure to an ad- that's why repetition is key to brand advertising.  Thus, over time, through various media brown has become more accepted.  To wit:

Now- to the core of the matter

This is not a post about  social  justice.  The core of the matter presented here is the correlation between net worth and homeownership.   According to a report by Sabrina Tavernise in the New York Times on July 26, 2011: "the median net worth of Whites is now 20 times that of Black households and 18 times that of Hispanic households.

According to the Pew Research Center, in the recent recession, Whites net worth decreased 16% while the net worth of Hispanics decreased 66% and 53% for Blacks.  Why?  Why such a disparity?  In my view this difference rest squarely on the percentage of home ownership by each race.

This is breathtaking.  (Question: how does society have a sincere discussion on the possibility of parity?  I present no remedies here, nor place responsibility for change on any one group.   This blog is about housing.)  From a paper entitled Race, Homeownership and Wealth  by Thomas M. Shapio (Washington University- St. Louis) Mr. Shapiro states the following:

We look forward to the day when color is a non-issue in the homeownership decision-making process.  We are not there yet- regarding neighborhood selection, red-lining and financing.   This will occur when educational attainment reaches parity.  Education is the third leg of the chair; net worth is to homeownership as educational attainment is to opportunity.   Education completes the circle.

About This Blog
Multifamily Insight is dedicated to assisting current and future multifamily property owners, operators and investors in executing specific tasks that allow multifamily assets to operate at their highest level of efficiency. We discuss real world issues in multifamily management and acquisitions. This blog is intended to be informational only and does not provide legal, financial or accounting advice. Seek professional counsel. We discuss best practices in multifamily management and methods related to how to buy apartment complexes. Our focus is sharing strategies and tactics that can be implemented and measured. For more information, visit: www.MultifamilyInsight.com