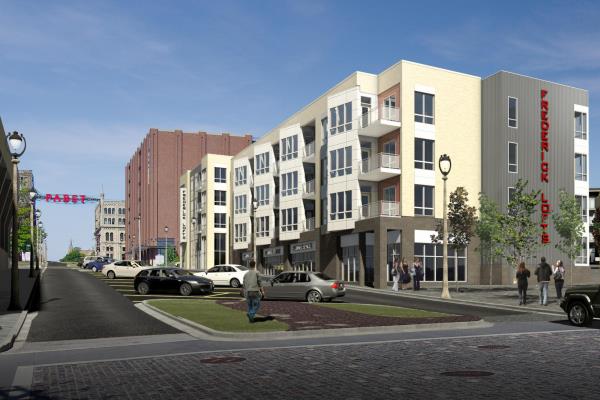 MILWAUKEE, WI - MLG Capital, the premier outsourced investment manager in private real estate for Investment Advisors, Family Offices and High Net Worth Individuals since 1987, announced the purchase of Frederick Lofts, a 100-unit multi-family apartment complex located in The Brewery neighborhood within a half mile of the new $524M Fiserv Forum, home of the Milwaukee Bucks (NBA) and Marquette Golden Eagles (NCAA).

"We plan to invest capital to maintain the class A interior of the 100 units, each of which has an open loft layout, fully equipped kitchen, granite counter tops, breakfast bar, walk-in closets, central air conditioning and more," said Andrew Bruce, Executive Vice President and Principal at MLG Capital.

"There have been a number of new developments in Milwaukee that position Frederick Lofts as an ideal place to call home. The area hosts corporate headquarters of seven Fortune 500 companies and is ranked second in Fortune 500 companies per capita when compared to the ratios of the 25 largest metro-areas. In addition, the unemployment rate in Milwaukee is 3.0%, below the national unemployment rate 3.7%, the population has increased 26% and median household incomes have increased by 38% since 2000. Most impressive, perhaps, is that $1.7 billion in investment has taken place downtown in the same timeframe," said Bruce.

Since the inception of MLG Capital in 1987, the firm, and entities associated, have had active, exited, or pending investments totaling approximately 18.3 million square feet of total space across the United States, inclusive of more than 13,200 apartment units, with exited and estimated current value exceeding $1.63 billion.