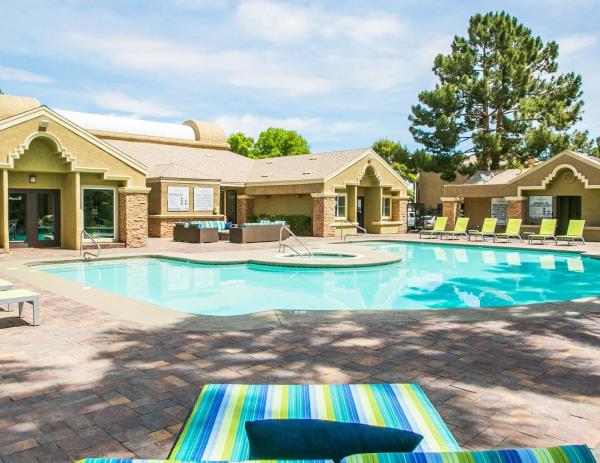 Bristol at Sunset was built in 1989 and consists of 432 units in the desirable Henderson submarket of Las Vegas, NV. MGPG plans an extensive renovation of common areas and unit interiors.  The property was purchased for $58.25 million.

The sellers were represented by Senior Vice President Spence Ballif of CBRE. The acquisition was financed with a $39.4 million Fannie Mae Loan arranged by Brian Eisendrath and Cameron Chalfant of CBRE.

According to Mark Gleiberman, MGPG's Chief Executive Officer, "Bristol at Sunset is a compelling value-add opportunity in a market which is experiencing tremendous job growth.  This community fits well with our existing Las Vegas portfolio and will enable us to further create efficiencies in the market."

MG Properties Group is a privately owned West Coast real estate owner and operator specializing in multi-housing assets.  Over the last 25 years MG Properties Group has acquired 106 communities with its private investors and institutional joint venture partners totaling over 23,000 units, representing more than $3.1 billion in total asset value, including 13,500 units at a value of $2.0 billion since 2010.  The company's current portfolio includes 15,000 units in California, Washington, Oregon, Arizona and Nevada.