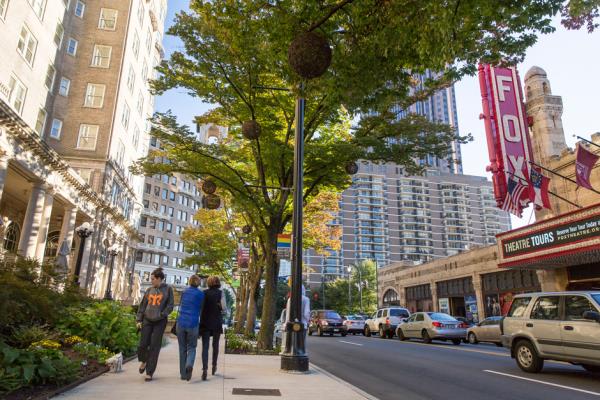 ATLANTA, GA - LMC, a leader in apartment development and management, announced it has broken ground on Vireo, a luxury apartment community in the city's thriving Midtown district.

The high-rise development, to feature 310 apartment homes, is situated amidst the cultural pulse of the city in a walkable, pedestrian-friendly neighborhood. LMC broke ground on Aug. 21 and initial move-ins are anticipated for spring 2019.

"Midtown is an eclectic market that features a little bit of everything, and we're excited for the opportunity to become a part of it," said Chris Cassidy, Division President of the Southeast for LMC. "We believe Vireo, with its instant access to the neighborhood and close proximity to Peachtree Street, will provide an unmatched living experience."

As part of the development process, LMC's ground-level efforts will allow the sidewalks on 13th Street to be widened, which will assist the area in its transition into a more pedestrian-friendly locale. To enable residents to experience and take part of that vibe, Vireo will include ground-level terrace porches along 13th Street.

Situated at 195 13th Street NE, Vireo is superbly positioned within blocks of Midtown's restaurants, museums, theaters, nightlife options and flourishing job sector. The community also is one block away from Piedmont Park, which is known as the outdoor epicenter of the city. The park includes jogging paths, basketball courts, athletic fields, dog parks, a farmer's market and direct access to the Atlanta BeltLine, a multi-use trail that connects to many locales across the city.

Culturally adept Midtown is also home to world-renown Fox Theater, Woodruff Arts Center, High Museum of Art and Atlanta Symphony Orchestra. Situated between Buckhead to the north and Downtown to the south, Midtown attracts about six million visitors annually and is the second largest business district in the city.

Several public transit options are within close proximity of Vireo, including two MARTA train stations. In addition, the Downtown Connector (I-75/85) provides access to Downtown Atlanta, Buckhead, Hartsfield-Jackson International Airport and several additional key locales through the core of the city.

Vireo consists of studio, one, and two-bedroom apartment homes ranging in square footage from 486 to 1,242. Community amenities include the ground-level terrace porches, a courtyard amenity plaza and a full suite of rooftop amenities. Included on the rooftop are a resort-style swimming pool, cabanas, clubroom and outdoor lounge area. Apartment interiors will feature stainless-steel appliances, quartz countertops, tile backsplashes, gas stoves and high-end finishes. Select homes will also include wine refrigerators.