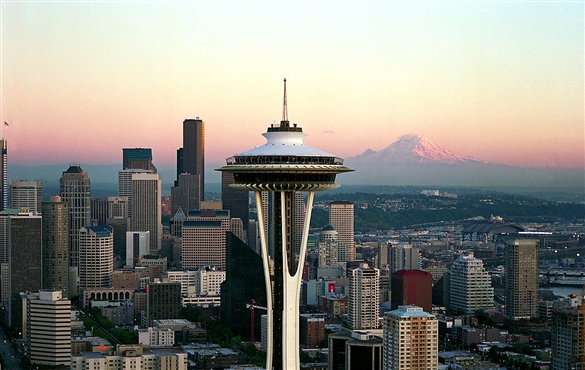 SEATTLE, WA - Trammell Crow Residential, America's premier multi-family real estate company - and the only national group with more than 35 years of experience in apartment development - announced that it has opened a new regional office in Seattle, WA, to serve the fast-growing Pacific Northwest region. Mark Hoyt has joined TCR from Security Properties, where he served as Senior Director.  As Managing Director, he will provide local leadership of TCR's new regional operations.

"The apartment sector continues to show strong growth across the country, and we are gratified by the market's reception of the high-quality living experiences provided at TCR communities," Steve Bancroft, Senior Managing Director of Development at Trammell Crow Residential, commented.  "Our new Pacific Northwest office reflects a continuation of this trend, and Mark's regional expertise, extensive market knowledge and transactional experience positions us well in building a strong and successful presence in the region."

In his capacity at Security Properties, Hoyt was co-head of the Acquisition and Rehab Division which targeted $200+ million in acquisitions annually in Seattle, Portland, California, Phoenix, Las Vegas and Denver.  Hoyt started his tenure at Security Properties in 2004, served in various capacities over the ensuing decade, and contributed to closing nearly $1.5 billion of acquisitions during his tenure.  He earned a Master of Urban Planning with a concentration in Real Estate from the University of Washington.