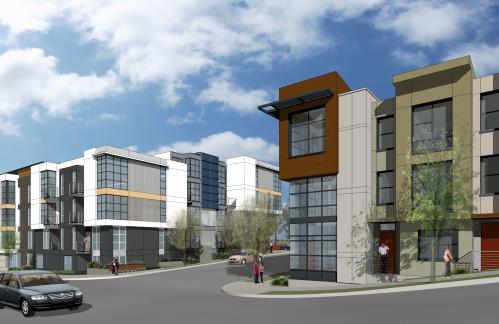 AMCAL is building the affordable project in partnership with Young Community Developers (YCD), a San Francisco nonprofit that provides training and support for residents of Bayview Hunters Point.  AMCAL has contracted with Cahill General Contractors to construct the apartments.

"AMCAL's 35 years of experience and proven expertise in the affordable housing sector underscore our own principles of delivering housing with quality, value and integrity," said Kofi Bonner, President of Lennar Urban. "With this project, we'll be able to deliver affordable housing earlier than expected.''

The project will be affordable to households earning no more than 50 percent of the San Francisco median income. The building is scheduled to be completed in 2016.

"We are thrilled to be partnering with Lennar Urban and to make an important contribution to the Hunters Point community," said Percival Vaz, AMCAL CEO. "San Francisco's hard-working residents deserve well-designed affordable housing near jobs and transit, and we are delighted that our team is able to collaborate with the City to make it a reality."

Lennar is providing a $10 million construction subsidy and the site infrastructure. Bank of America is the lender and tax-credit investor for the project.

"YCD is excited to be a partner in construction of the first affordable housing units available to the community,'' said YCD Executive Director Shamann Walton. "We look forward to making sure that residents in the Bayview are a part of the project and have access to living in the new apartments."

The project will consist of 60 affordable apartments, which include one, two, and three-bedroom units. The site is 22,433 square feet, and the property will total 82,000 square feet of residential building.  The project is at 350 Friedell Street.

"As someone who lived in San Francisco for six years, went to college at San Francisco State University and studied the Hunters Point community, it is thrilling for me to be part of this transformation of the Shipyard," said Robert Baca, Development Manager at AMCAL Multi-Housing. "I know the community and future residents will be as proud of these apartment homes as I am.''

"Post-redevelopment – OCII continues to excel with important projects reaching those who would otherwise be left with little or no choice for safe, affordable housing,'' said Tiffany Bohee, Executive Director of OCII. "This project is another step toward Mayor Lee's goal of increasing the amount of affordable housing in our city.''

The apartment building, which is designed by David Baker Architects and Interstice Architects, will have one level of concrete parking structure with four levels of living space. The garage level will provide 45 parking spaces as well as 110 bike spaces. Common spaces will include four community rooms and lounges, laundry, a common space kitchen as well as offices for onsite property management. The top level will have an open-air deck; landscaped courtyards will be on the podium level.

The master plan for The San Francisco Shipyard and adjacent Candlestick Point includes 12,000 homes, three million square feet of office space, an urban outlet center, local retail, restaurants, a theater and performing arts space.  Plans are in place to create 326 acres of parks and open space at the sites. 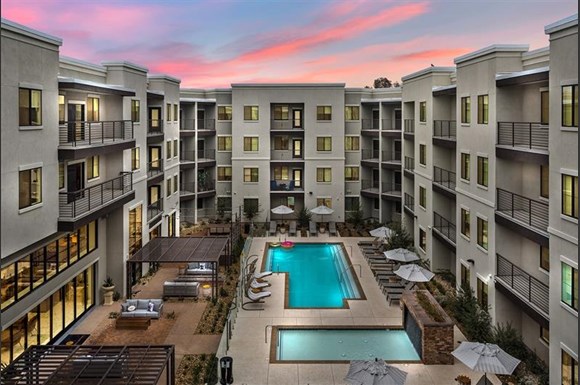