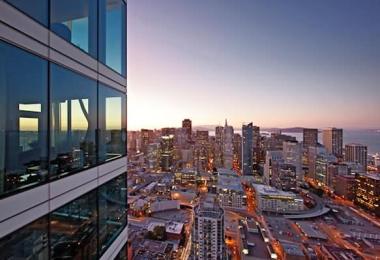 CLEVELAND, OH - Associated Estates Realty Corporation announced it will expand its presence in California by developing two land parcels in desirable, high-growth submarkets.  Construction of apartment communities at the properties, both of which were acquired in off-market transactions, is expected to begin in the first half of 2014.  Associated Estates intends to develop each project in conjunction with a joint venture partner.

In Southern California, Associated Estates has entered into a joint venture agreement with Legendary Developments ("Legendary") with respect to a 5.6 acre site known as "950 Third," which is adjacent to the Southern California Institute of Architecture in the Arts District of downtown Los Angeles.  Associated Estates plans to build 472 apartments with ground floor retail and underground parking at the site, which has been entitled to accommodate the project.  Legendary contributed the land to the joint venture and will be a 50% partner with Associated Estates, which will be responsible for the development, including construction management and property management.  The site is located approximately nine miles from Associated Estates' planned development of a 175-unit community, known as The Desmond on Wilshire, which the Company acquired in May 2012.

In Northern California, Associated Estates has acquired a 3.36 acre site located in the South of Market ("SoMa") neighborhood in San Francisco.  The property is fully entitled for a 408-unit apartment community that will include ground floor retail and underground parking.  Associated Estates has entered into a development agreement for the project with Halcyon, the multifamily development consultancy of Richard Lamprecht and Amir Massih.  Messrs. Lamprecht and Massih previously led the West Coast development efforts for Archstone.  Associated Estates plans to own and develop the SoMa project in a joint venture and is currently in discussions with several potential partners.

"Both projects represent an opportunity to develop properties in two of California's most desirable rental markets," said Jason Friedman, Vice President of Construction and Development.  "These exciting projects, along with The Desmond on Wilshire, form the foundation of our long-term growth strategy in California," Friedman added.

Associated Estates is a real estate investment trust ("REIT") and is a member of the Russell 2000 and the MSCI US REIT Indices.  Associated Estates' portfolio consists of 51 properties containing 13,107 units located in ten states.