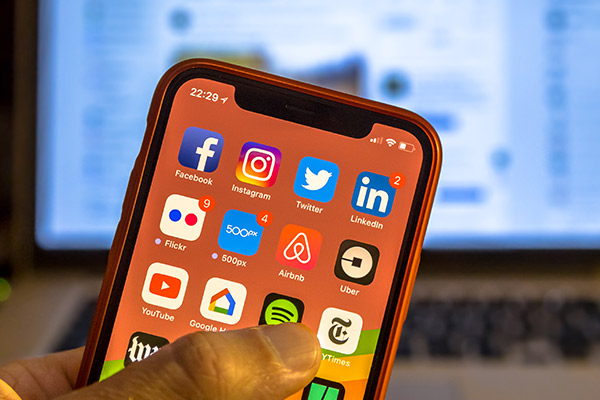 Even if you don’t quite know how to define it, you’ve probably taken part in the sharing economy. In fact, 72 percent of Americans have used a service from this emerging business model. But, ironically enough, 73 percent are also unfamiliar with the term itself, only recognizing it as a new buzzword making headlines within the past few years. And while it is true that companies like Airbnb are clashing with traditional business models, their influence extends beyond the niche markets that they operate in. Keeping this in mind, it’s important to note that the sharing economy is a powerful new force that conventional companies, investors, and even local governments are struggling to catch up with.

While the rise of the sharing economy has undoubtedly taken the world by storm, it is not hard to understand why this trend is gaining such traction in the Digital Age. This new economic perspective disrupts the traditional supplier and consumer relationship with a simple concept we were all taught as children: sharing.

Using apps and websites that connect users through peer-to-peer networks, the sharing economy invites people to share the use of goods and services with others. Instead of buying a product, individuals can borrow or rent assets like a car, tools, office space, or even apartments, condominiums, and townhomes. Those providing these goods and services to the end user are not directly affiliated with a traditional business—this exchange is done between consumers, putting an emphasis on use instead of ownership, which has shaken up nearly every corner of the modern market.

To shed light on the insights that the multifamily industry can gain from this unique form of commerce, Multifamily Tech Trends has analyzed the tactics of the sharing economy that have taken such a significant hold in 21st-century economic transactions and solidified its model as a force that can no longer be ignored.

An important fact to remember about the skyrocketing popularity of these online platforms is that it has been spearheaded by Millennials and Gen-Z—two generations who grew up intuitively using the Internet as an avenue for everything from shopping to socialization. They are deeply invested in the online community and have a cultural connection to digital innovations that offer access to information in a minimalist package. For these next-gen consumers, living a mobile and connected lifestyle is more important than owning things, making the concept of a sharing economy ideal.

The constantly connected culture of this mobile generation, or Generation-M, compliments the sharing economy’s social and self-regulating architecture. The peer-to-peer networks that link the sharing economy together rely on establishing trust through online engagement, which Millennials and Gen-Z take an active role in monitoring.

Just like the comments, ratings, and reviews they share on social media, younger generations use crowd-sourced ratings to regulate their selections on apps such as Airbnb. Millennials and Gen-Z trust these peer reviews as an accurate, up-to-date representation of the provider’s standing with the consumer. The more positive reviews a provider receives, the more credible they look to users. Plus, the more users that review and actively engage on these sharing networks, the more trustworthy these platforms become to others. Currently, 44.8 million people use sharing economy services in the United States, making these platforms reliable and trusted titans in their respective industries.

Companies utilizing the sharing economy model have enabled a whole new collaborative economy to emerge by offering online platforms that connect millions of Internet users who want to share or use one another’s assets. Taking a percentage of transactions, these companies merely act as an intermediary between sharing consumers—an already lucrative enterprise which is expected to grow into a $335 billion industry by 2025.

The profitable business model of the sharing economy has had more than a few growing pains. These new economic players have caused turmoil in their respective markets and have forced city governments to modernize taxation laws, modify regulatory frameworks, and create new policies to deal with the booming success of their platforms. This is why Airbnb keeps making headlines—concerns continue to arise coast to coast over the house-sharing giant’s impact on U.S. neighborhoods and their respective rental markets.

The Airbnb app allows people to share their homes for short-term leases, offering cheaper alternatives to hotels and other traditional vacation home rentals. And while these shared rentals offer a better price point for people looking for short-term lodging through other means, Airbnb can have an adverse effect on communities.  Cities have seen a surge in the number of short-term rentals due to Airbnb’s popularity, and a growing number of residents are using the site to sublet their apartments or homes without their landlord’s permission in order to open additional arenas of revenue. Also, some landlords have decided it is more profitable to lease apartments by the night than to retain year-round residents, and critics say such rentals have turned neighborhoods into unregulated hotels, reducing housing inventory for locals and contributing to an increase in rent prices.

There is no doubt that Airbnb poses a threat to traditional multifamily housing companies, and it is important to address the challenges of illegal subletting, increasing rent prices, and maintaining a sense of community. Despite these trials and tribulations, the sharing economy shows no sign of slowing down any time soon. It is not a passing fad that can be waited out—it is a new economic reality that businesses must come to terms with. While Airbnb is beginning to bridle regulations and requirements, it is still an innovative business model that took the world by storm through its social framework and constantly-connected access. Like all of the successful sharing economy startups, Airbnb engaged and fulfilled the needs of Millennials and Gen-Z, which every business must learn to do in the modern market—including the multifamily housing industry.

As we have covered in previous blogs, Millennials currently make up the largest group of renters in the United States, and Gen-Z is predicted to encompass 40 percent of consumers by the year 2020, which will make them the most powerful renter demographic within a few short years. These two generations will soon hold a majority of the buying power in the U.S. and play an increasingly influential role in shaping the rental marketplace.

While this shift will force traditional multifamily business models to adapt, it does not mean that the sharing economy will overtake the market as a whole. It does, however, stress how crucial it is for today’s multifamily housing companies to meet the needs of next-gen renters. This social and tech-savvy demographic wants businesses to play an active role in the online networks they use on a daily basis, which is a universal practice for every successful startup in the sharing economy.

Apps like Airbnb are built upon a social networking structure that empowers customers with a meaningful voice. As we mentioned prior, users are invited to contribute their opinions and experiences with comments, ratings, and reviews, and in turn, they rely upon other user reviews to make their decisions. Without this social dimension to their service, sharing economy apps lose their most effective and appealing attributes. It is the sharing economy’s engagement tactics that have launched them into a dominant position in the market, and it’s these very tactics that the multifamily industry must adopt—and, thankfully, it is likely that you already have the tools you need to put these tactics into practice.

Social media sites like Facebook, Twitter, and Instagram provide the personal connection to your business that Gen-Z and Millennials crave, and by treating your social media as a customer service tool, multifamily businesses can use these channels to effectively engage with next-gen renters. Your business’ social media page needs to be more than just a one-dimensional showcase of your community. It is an online space where your audience can provide feedback, ask questions, and directly participate in a shared discussion, thereby offering residents and prospects a decisive voice.

If you remember anything from this blog, it should be this: for Millennials and Gen-Z, spending money is a social enterprise. These modern renters want their opinions and concerns to play a major role in shaping the online reputation of your business and the ROI on your digital marketing efforts. This is why multifamily properties need to create a digital footprint that is constantly evolving on their social networks. Encouraging and responding to comments and reviews opens a direct and public line of communication between your audience and your brand, which is an indisputable tactic for elevating the modern, social appeal of your community.

As new opportunities and innovations become the economic standard, multifamily management businesses who turn a cold shoulder to the sharing economy are in danger of alienating Millennial and Gen-Z renters—two generations which are poised to become the most influential demographics in the market. But all the necessary tools to meet the needs of Gen-Z and Millennials are readily available, and by using the social and constantly-connected blueprint of the sharing economy, the multifamily housing industry can effectively harness social media to engage with next-gen renters and thrive in the modern market.